I recently ran into a scenario where a calculation was needed between an INTEGER and a VARCHAR field, with the issue being the VARCHAR field might contain values that could not be converted into an INTEGER type.  To exclude the values that contained text, I thought about adding to the WHERE clause only records with the field in question less than a character value.  But I ended up settling on a solution found on Stack Overflow here, as it works in more scenarios.

I was still curious as to the Character Value rank and after a search for a listing of Characters and their SQL ranking came up empty, I decided to create one with the code below.

In the T-SQL script, I first create a Table Variable to contain the results.  I then populate the table with the potential characters using a WHILE loop and the CHAR() function.  I then use an UPDATE and SELECT statement to calculate the Value Rank of the Character.  Lastly, the results are displayed in Value Rank order. 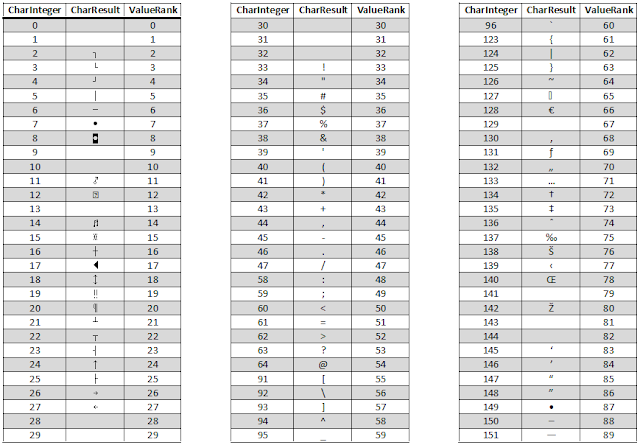 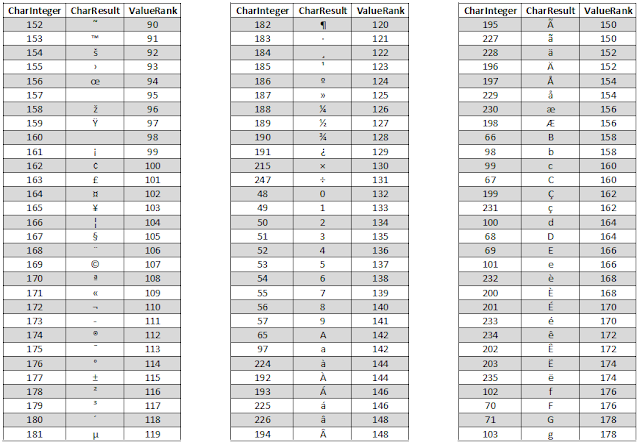 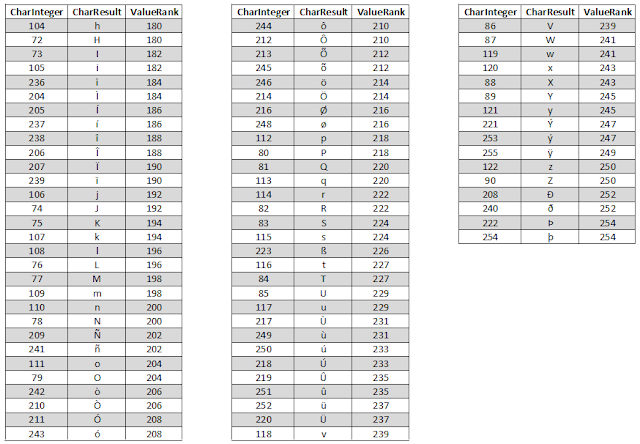 Please only include comments that add to the substance of the Blog Post:
- Question or request for clarification
- Idea for improvement
- Identifying an issue